David began playing piano at age 4 after his mother thought it would be a good idea to get him involved with music.  After a few years of learning how to read music he started playing the snare drum in his elementary school band. Outside of listening to oldies during car rides with his mother, soundtracks from his father were some of the first CDs he was introduced to.  'Top Gun' helped get him a sense of older rock, and 'The Saint' helped with Electronic moody music. He remembers really loving Usher's first CD, and never felt bound to one particular style, but It wasn't until his mother got him his first drum set at 12 that he really began getting involved with playing music.  He would spend up to 4 hours a day with headphones learning his favorite rock albums.  This spurred his desire to be in a band, and so he did throughout his teenage years. When he was a Junior, he took a guitar class to start learning simple guitar playing.  At this time he started dabbling in singing and songwriting.   Following high school graduation he was playing drums in various Sacramento bands that always seemed to break up or never find a good and dependent singer.  Some of his band mates would urge him to start singing more so he focused more on this.   As a job at this point, he was a live sound engineer for "Downtown Sound" which taught him a lot; not just about live concerts, but the business of dealing with promoters and live acts.  While attending American River Community College his mother was diagnosed with ovarian cancer and he found himself writing music a lot more as he transferred to SFSU.  With his whole world upside down, in his breaks from researching alternative cancer therapies and taking care of his mom, he would listen back to new songs he was recording at home.  With his AA and commercial music degree completed, he focused on his BA in Radio Television Audio Recording.   Getting tired of relying on others to make a band work, he decided to start his own band 'Fate Under Fire' without the members, and would just record all of the parts himself in his home studio. 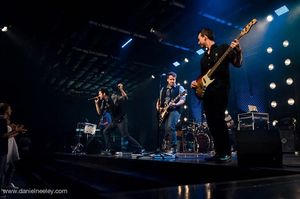 Good recordings really helped draw in members that would eventually play the parts.  A valuable lesson his mother taught him was to follow his dreams and never let someone tell you that you can't do something.  She lived her whole life working as an RN to please her own father when she really wanted to be a writer or artist.  Following his mother's passing, he decided to use music as a vehicle to tell the world about alternative cancer therapies.  With thousands of hours of cancer research, and a father as a cardiologist, it's the perfect way to blend worlds.  He desperately wants to tell people about the people he has met who have overcome terminal cancer, without conventional therapies.

Following his BA, he interned at a commercial studio, "Crescendo Studios" in San Francisco.  He learned the ins and outs of a working commercial studio, seeing Fortune 500 companies come in and do voice overs for commercials.  It was here that he developed a working relationship with Swell Music, and he has now composed music for a variety of shows primarily on the Bravo Network.  Keeping his studio chops up, he recently received a Professional Certificate in Pro Tools from Berklee College of Music. Still pushing the dream of being in a band, he tours with Fate Under Fire and still writes and records most everything on their albums.  Recently gaining more traction with his music videos getting placements on MTVu, 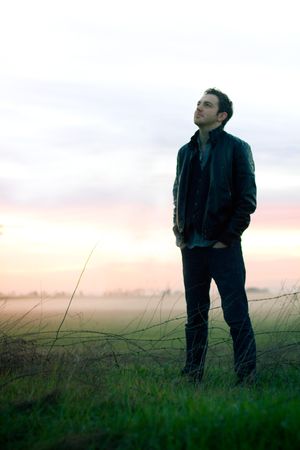 and FUSEtv. He recently just signed 4 new publishing deals and landed FUF's song 'On The Water' as the theme song for the upcoming show 'All In' on CBS, nationally airing Saturday mornings September 28th, and multiple other televisions placements. Most recently, NBC caught wind of his new music and asked him to write the theme song for "The Today Show" airing Sundays on NBC.

With the band pushing full steam, singing was always something he wanted to know more about for his own voice. He studied under Jeannie Deva and Lis Lewis(Rihanna, Jimmy Eat World etc) and learned a lot.

As the composing world was very inconsistent with work, he began exploring the idea of becoming a vocal coach andwith his experience was quickly hired at California's largest vocal coaching facility.  Teaching others what he has learned, helping overcome stage fright and hitting those high notes, gives him a ton of satisfaction.  Nowadays, he spends his time writing new music for TV, the band, himself as a solo artist, doing youtube cover songs, and vocal coaching close to 60 singers.

Too Far? Skype Lessons Are Available!